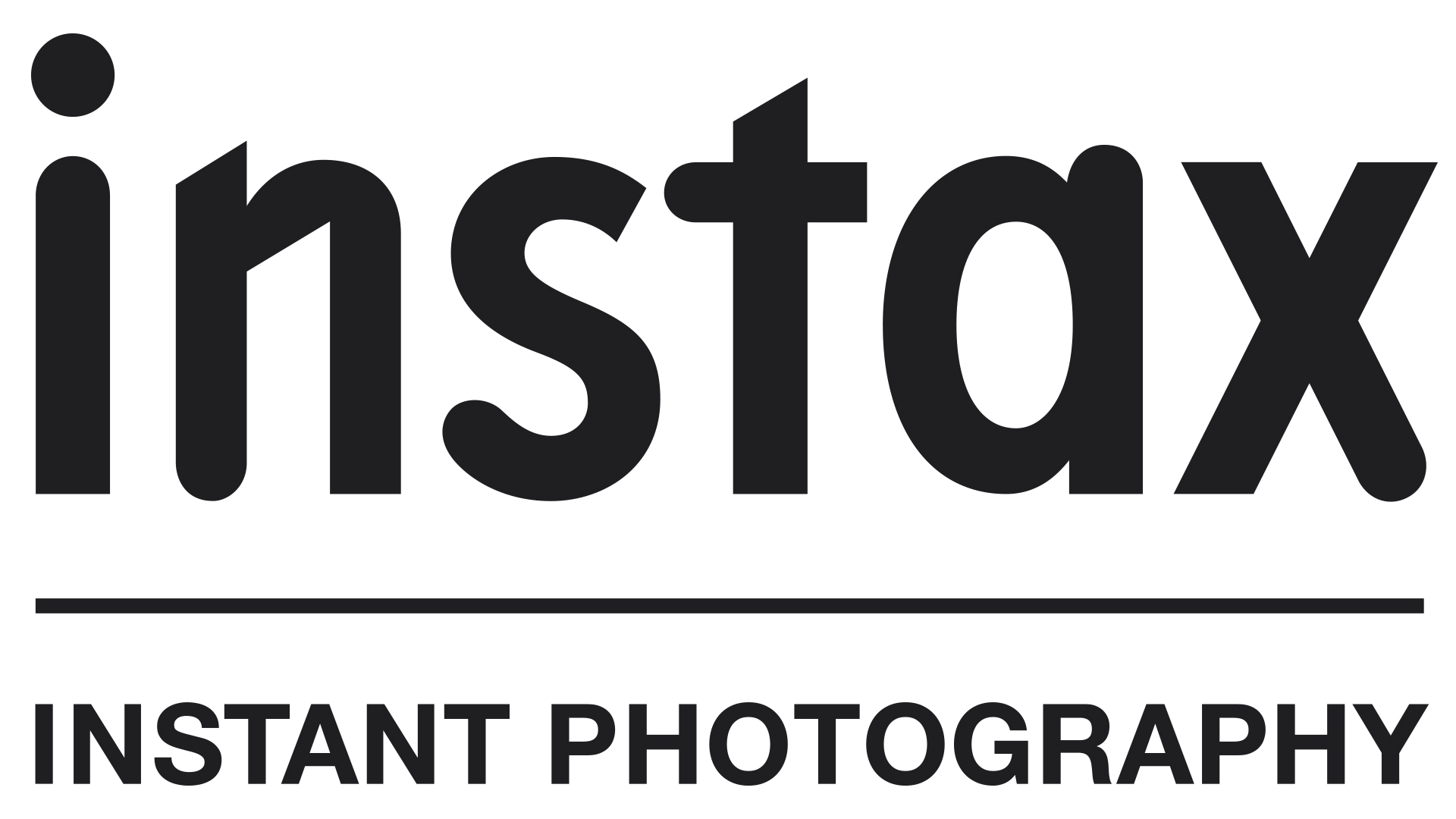 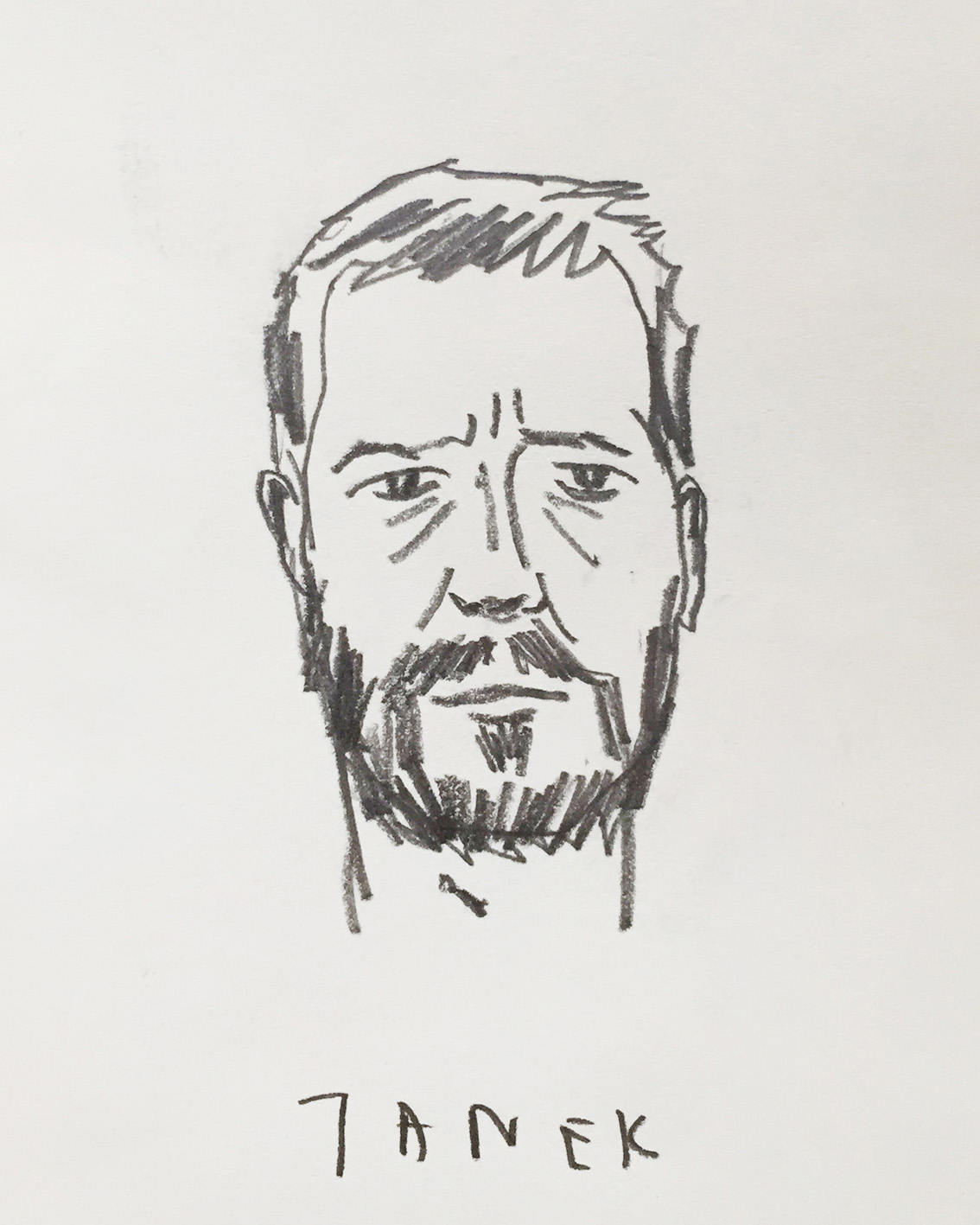 Jan Brykczyński (b. 1979) is interested in, among other things, the periphery of civilisation, places where humanity satisfies its need to live in close proximity to nature. He is the author of the monograph BOIKO (self-published in 2014) and The Gardener (Dewi Lewis Publishing 2015). His awards include the Syngenta Photography Award: Professional Commission and the European Photo Exhibition Award.
He has exhibited at Deichtorhallen at the Noorderlicht Gallery, Musée de l’Elysée, the Robert Morat Gallery, at Photomonth in Paris, and at the CCA and Leica Gallery in Warsaw. He is a scholarship recipient of the Visegrad Fund, European Cultural Foundation, and the Polish Minister of Culture. He co-founded the Sputnik Photos collective.
He is a photography graduate of PWSFTviT in Łódź, as part of which he spent a year at the FAMU Film School in Prague. He is currently a PhD student at ITF in Opava. He has conducted international photography workshops in Luxembourg, the Czech Republic, Armenia and Belarus. For six years, he has been co-creating the Sputnik Photos Mentoring Programme, which he initiated. For two years he has been lecturing at the Institute of Creative Photography in Opava, where he is the second Polish lecturer in the history of the school. Jan eagerly shares his extensive experience – of over a dozen years of professional practice – with his students. 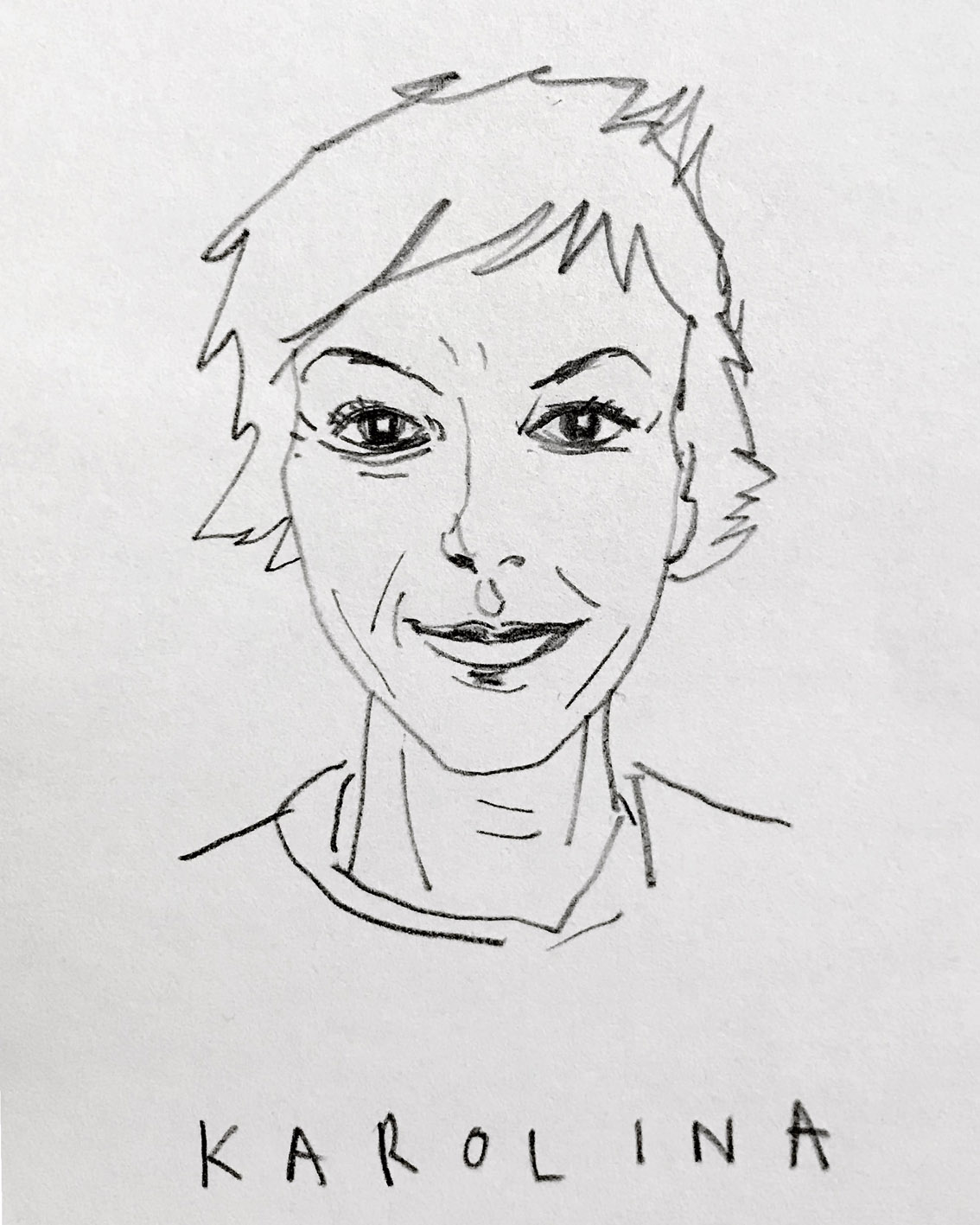 Karolina is a graduate of International Relations and Journalism at the University of Wroclaw. She studied photography at the Kwadrat Photography Forum in the studio of prof. Piotr Komorowski and at the Sputnik Photos Mentoring Programme under the supervision of Rafał Milach. Currently, she is writing her PhD at the SWPS University.
In 2013, Karolina and Krzysztof Pijarski published a book entitled “Przymierzalnie” (“Changing Rooms”). She has exhibited works at PhotoIreland (Dublin), Angkor Photo Festival (Siem Reap) and Photo Kathmandu (2015). In 2015 she was selected as a finalist at the Valores Humanos competition run by the Ojodepez magazine, and was nominated for the Prix Pictet. In 2017, her latest book “When we lie down, grasses grow from us” found its way ont the shortlist for the FUAM Dummy Book Awards and the Lafabrica/PhotoLondon Book Dummy Award. In the same year, she held a residency as part of the Landskrona Fotofestival. She collaborates with the Archaeology of Photography Foundation and edits a website for photographers at www.phototogo.pl

Karolina has held photo workshops for students of the National Institute of Design in India and classes in image theory at SWPS. She has experience in participatory photography projects – she collaborates with the Centre for Foreigners in Warsaw’s Targówek district, and with the German organisation Social Visions, which conducts workshops for refugees. 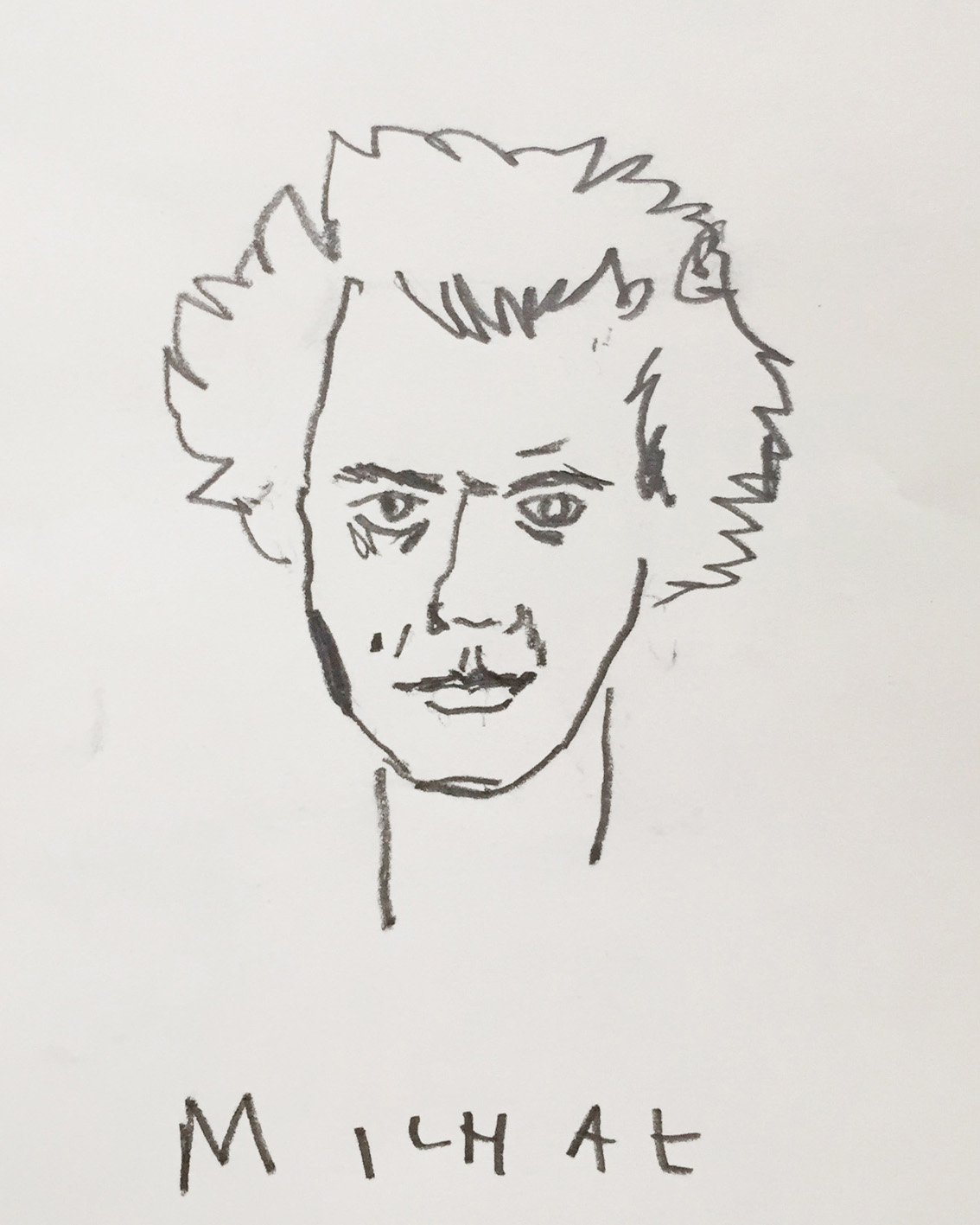 Michał Łuczak (b. 1983) is a PhD student at the Institute of Creative Photography in Opava (Czech Republic) and graduated in Spanish from the University of Silesia. In his research work, he focuses on the narrative possibilities of photography and its relation to texts. Over the last 10 years he has repeatedly conducted courses and photography workshops in Poland and abroad.
He is a winner of the Young Poland scholarship, thanks to which the book “Brutal” came about; it was proclaimed the Polish Photographic Publication of 2013. He collaborates with writers and reporters, which has borne fruit in the books “Koło miejsca / Elementarz” with Krzysztof Siwczyk and “11.41” with Filip Springer. He has received awards and been honoured in national and international competitions: the Magnum Expression Award (New York), MioPhotoAward (Osaka, Japan), and Photo Annual PDN (New York). He also works as a curator and editor of photography books. 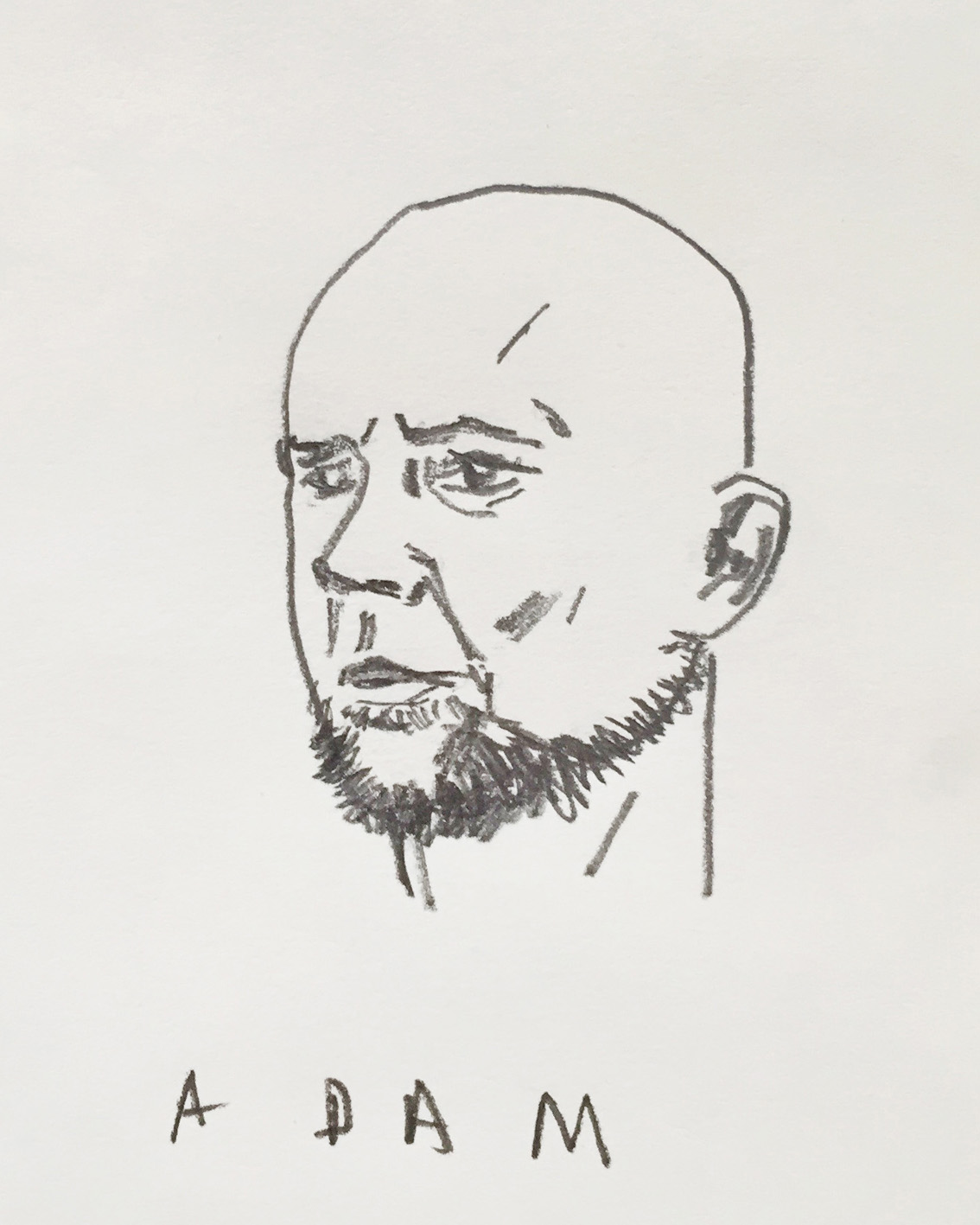 Adam Panczuk (b. 1978) is a documentary photographer, who tells his stories using portraits. He combines documentary photography with creative themes. This allows him to talk about certain topics related to humanity which a traditional approach to documentary photography cannot reach.
His most important photographic project, “Karczeby”, was deemed by the jury of the 71st POY Competition to be the world’s Best Photographic Book of the Year 2013. He has caught the eye of “The British Journal of Photography”, which named Pańczuk as one of the most promising young photographers in the world. For eight years he has been running a studio of documentary photography at the Academy of Photography in Warsaw. He graduated from the University of Economics in Poznań, as well as in photography at the Department of Multimedia Communications at the Academy of Fine Arts, Poznań. Currently, he is doing a PhD at the Institute of Creative Photography in Opava. The ease with which he uses the image to describe his observations has resulted in numerous prestigious awards, including Picture of the Year, the Magnum Expression Award, and from National Geographic. He has been published in: National Geographic, Newsweek, the British Journal of Photography, Le Monde, Esquire, OyodePez, Geo Magazine, Polityka, Malemen, and DF Gazeta Wyborcza. 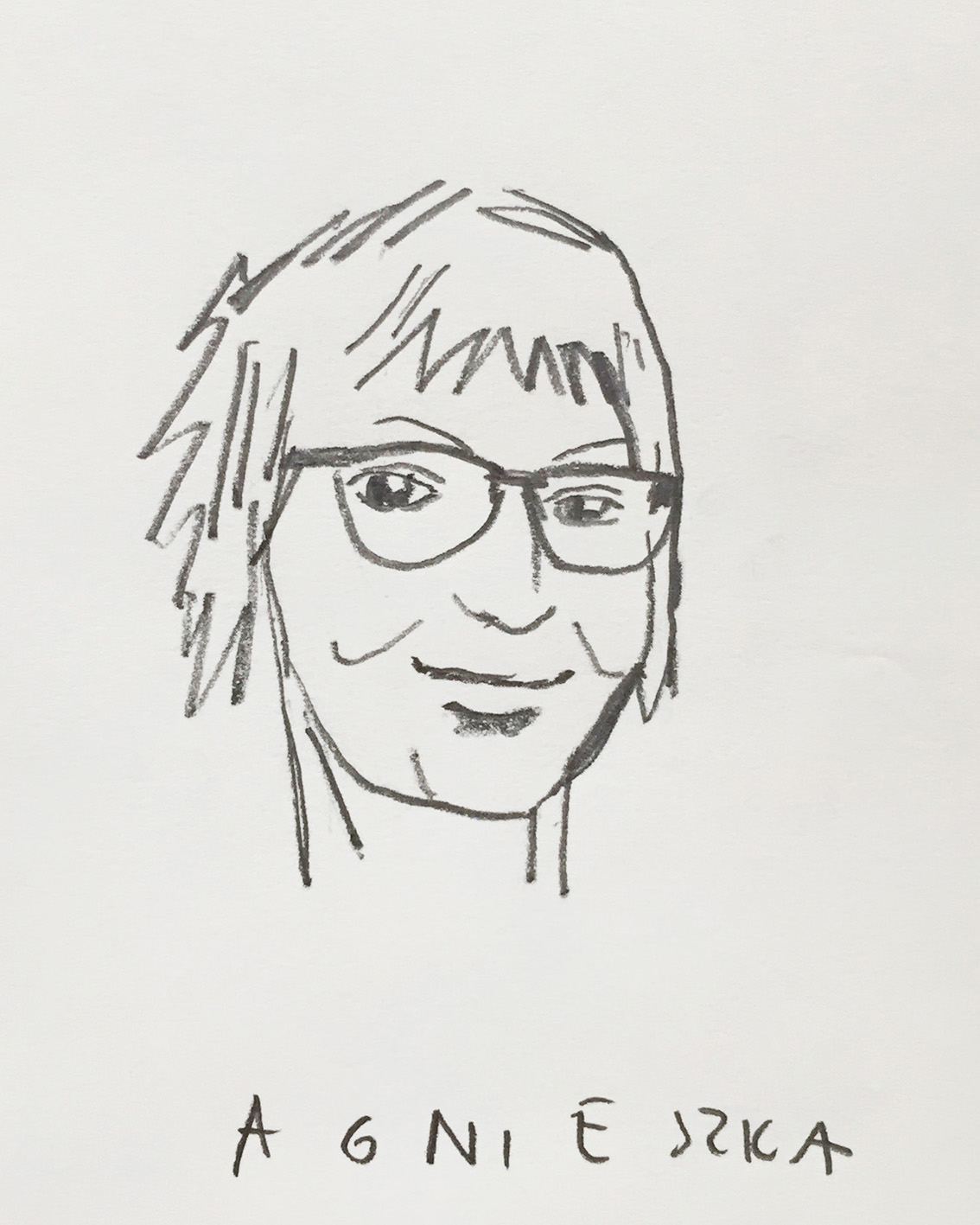 Agnieszka Rayss is a photographer and co-founder of the Sputnik Photos association. She studied art history at the Jagiellonian University and Universite Paris IV in Paris. She is a PhD student at the University of Arts in Poznan.
She has twice been awarded Picture of the Year, and is a two-time Hasselblad Masters Award finalist. She has also won many national awards, including in Grand Press Photo competitions, BZWBK Press Photo, and Newsreportaż.
She has published photo albums: “Tu się zaczyna koniec miast” (“Here Begins the End of Cities,” 2015) – about the industrial, disturbing side of urban animals, and “American Dream” – about cultural transformation and the triumph of pop culture in Central and Eastern Europe. She has participated in many individual and group exhibitions.
Agnieszka Rayss has run many photographic workshops, including at the Institute of Polish Culture at the University of Warsaw, at the Centre National Audiovisuel in Luxembourg, and has taught in several photographic schools, been the curator of the ShowOff section at Photo Month in Krakow and a juror for photography competitions. 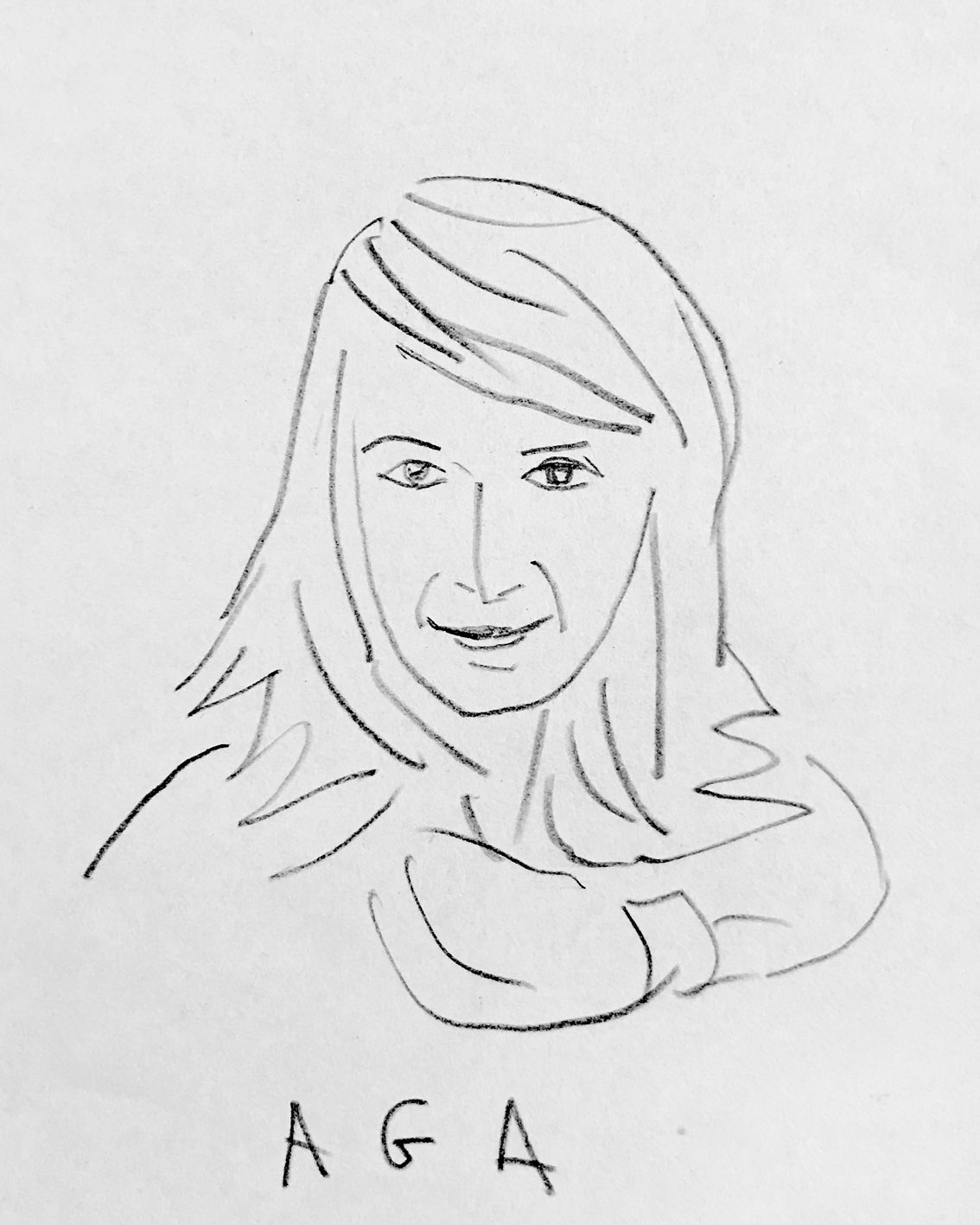 Agnieszka Pajączkowska is a cultural researcher, photography researcher, initiator of creative activities and educational projects, cultural entertainment organiser, curator, and holds a PhD from the Institute of Polish Culture, University of Warsaw.
In 2012-2016 she ran the Wędrowny Zakład Fotograficzny (“Travelling Photography Studio”, in 2015 it received the MKiDN scholarship in the field of ​​”Visual Arts”). She has been working on the creation of the Museum of Migration since 2016. In 2017, she co-founded the TIFF Festival’s programme board, and since 2018 she has been collaborating with the Fort Photography Institute in Warsaw. She has been a curator of, among other events, the exhibition Family Album: LOOKING (House of Meetings with History in Warsaw) and What Can You See? Looking at Archival Photographs in Gdynia (Museum of the City of Gdynia).
In her activities which float somewhere between photography, memory and local history, she combine academic thought with creative practice and cultural entertainment. Photography interests her as a subject, form of representation and set of practices.
She has worked, inter alia, with the association Towarzystwo “ę”, the Krajobraz Landscape Society, the Museum of Modern Art, the Archaeology of Photography Foundation, the Zofia Rydet Foundation, Photo Month, and the Terenowy Collective. She has published, among other places, in “Konteksty”, “Widok”, “Dwutygodnik”, “Krytyka Polityczna”, and “Wysokie Obcasy”.